Up is Down: Mid-Century Experiments in Advertising and Film at the Goldsholl Studio: Block Museum - Northwestern University

Up is Down: Mid-Century Experiments in Advertising and Film at the Goldsholl Studio

In the 1950s, Chicago-based design firm Goldsholl Design Associates made a name for itself with innovative "designs-in-film." Headed by Morton and Millie Goldsholl, the studio produced television spots, films, trademarks, corporate identities, and print advertisements for international corporations like Kimberly-Clark, Motorola, and 7-Up. Although they were compared to some of the most celebrated design firms of the day, the Goldsholls and their designers are relatively unknown today. The Block Museum’s exhibition Up is Down: Mid-Century Experimentation in Advertising and Film at the Goldsholl Studio reexamined the innovative work of Goldsholl Design Associates and its national impact.

The Goldsholls attended Chicago’s Institute of Design (ID) and were inspired by ID's founder, the artist and designer László Moholy-Nagy. The curriculum at ID included motion picture production, which Moholy-Nagy viewed as a medium of light and collage. Deeply influenced by Moholy-Nagy’s teachings and Bauhaus approach, with its ethos of aesthetic experimentation and social engagement, Morton and Millie fostered a similar attitude among designers working in their firm. Their work in film grew equally out of the unique moving image and design culture of Chicago. At mid-century, Chicago was known as the “Hollywood” for educational film production, churning out thousands of educational and promotional films each year. Filmmakers worked expansively—producing slide shows, short films, and spectacular industry installations, in addition to print advertising and other ephemera. The creative work these artists pursued often influenced their commercial productions and vice versa.

Featuring films, television ads, and other kinds of moving images alongside designed objects, print advertisements, trademarks, photographs, and drawings, Up is Down was the first exhibition to illuminate the distinctive brand of motion pictures that Chicago became known for in mid-century and the ways the city served as an influential testing ground for ideas connecting art, industry, design, and film. The exhibition, its related publication, and public programs provided context for understanding Chicago as a unique site for ideas connecting art, design, and film that eventually gained international currency.

Up Is Down: Mid-Century Experiments in Advertising and Film at the Goldsholl Studio - Inside the Exhibition from Block Museum on Vimeo.

Up is Down: Mid-Century Experiments in Advertising and Film at the Goldsholl Studio is the first book to examine the innovative work of Goldsholl Design Associates and Its impact on design and film.

The trailblazing work of Goldsholl Design Associates remains an unexplored contribution within American design and advertising. Published in conjunction with the exhibition of the same name at The Block Museum of Art, Northwestern University, this volume's research explores how a new visual language emerged from Chicago's cross-fertilization of avant-garde aesthetics, business, and cutting-edge media. 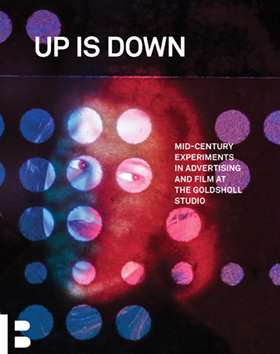 Up is Down: Mid-Century Experiments in Advertising and Film at the Goldsholl Studio 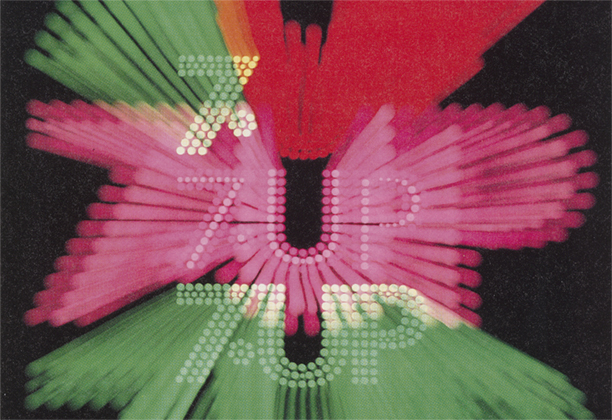 7Up exploratory logotype for “See the Light” Campaign 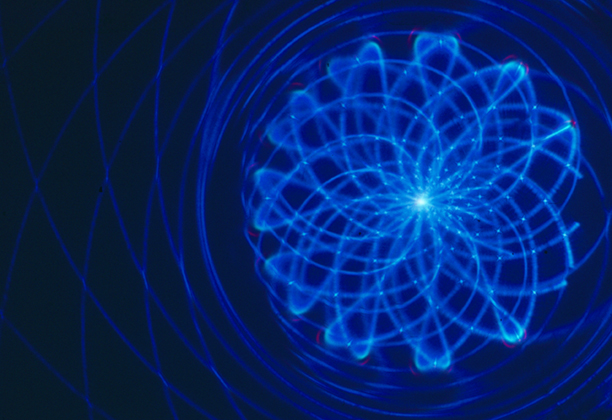 Courtesy of the Goldsholl Family. 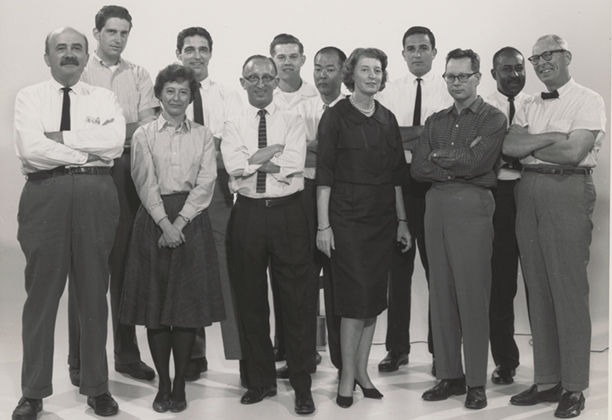 The exhibition has been co-curated by Amy Beste, Director of Public Programs, School of the Art Institute of Chicago, and Corinne Granof, Curator of Academic Programs, The Block Museum of Art. Up is Down was funded by the Terra Foundation for American Art, The Richard H. Driehaus Foundation, The Illinois Arts Council Agency, and the Mary and Leigh Block Endowment.

This exhibition was presented in conjunction with  Art Design Chicago, a wide-ranging initiative to explore the breadth of Chicago’s role as a catalyst and incubator for innovations in art and design. Art Design Chicago is a spirited celebration of the unique and vital role Chicago plays as America’s crossroads of creativity and commerce. Led by the Terra Foundation for American Art with presenting partner The Richard H. Driehaus Foundation, this citywide partnership of cultural organizations explored Chicago’s art and design legacy with more than 25 exhibitions and hundreds of events in 2018. 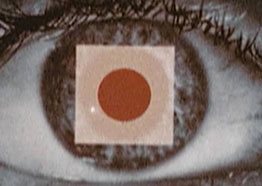 Opening Celebration - Up Is Down with author Thomas Dyja 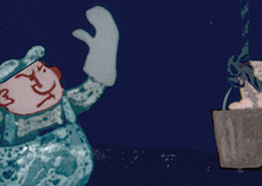 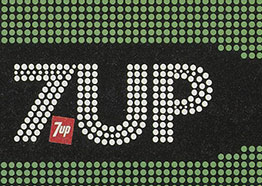 See the Light: Inside the Exhibition "Up Is Down" 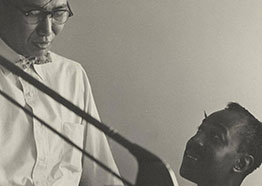 Politics of the Studio: Race and Design in Mid-Century America 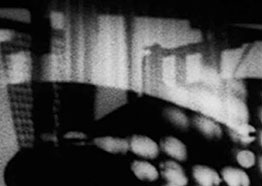 Light Play: Film and the Bauhaus 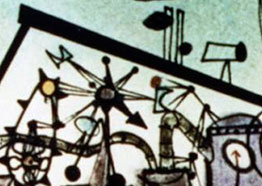