India is home to the world’s most prolific and diverse film industries, and Bollywood movies in particular have found rapturous audiences from Russia to the Middle East. This series, presented as a complement to Modernisms: Iranian, Turkish, and Indian Highlights from NYU’s Abby Weed Grey Collection, features seminal classics of Indian cinema that have rarely been projected in the United States. In addition to landmark films by Guru Dutt, Ritwik Ghatak, and Mrinal Sen, which consider postcolonial conflicts between tradition and modernity, the series will also feature a program dedicated to the Shabistan Film Archive.

Presented with support from the Consulate General of India, Chicago, and the National Endowment for the Arts. 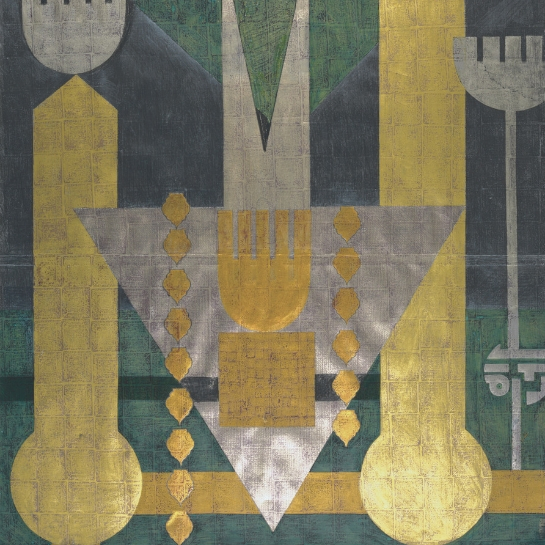 “Modernisms: Iranian, Turkish, and Indian Highlights from NYU’s Abby Weed Grey Collection” surveys art from three nations where unique and vibrant forms of modernism sprang forth in the 1960s and 1970s.

While the Block Museum’s galleries are closed we are supporting Northwestern teaching with art through remote resources.