Open to the public, online


How has art been used to protest, process, mourn, and memorialize anti-Black violence within the United States?

Originating at Northwestern University’s Block Museum of Art, A Site of Struggle explores how artists have engaged with the reality of anti-Black violence and its accompanying challenges of representation in the United States over a 100 + year period.

Join us for an online conversation to mark the opening of this exhibition.

Opening speakers include Courtney R. Baker, scholar of Black literary and visual cultures and author of Humane Insight: Looking at Images of African-American Suffering and Death; Dino Robinson, founder of Shorefront Legacy Center in Evanston; and Carl and Karen Pope, exhibition artists. They will be joined in conversation by Janet Dees, Steven and Lisa Munster Tananbaum Curator of Modern and Contemporary Art and curator of A Site of Struggle, to consider how the exhibition explores intersections of race, violence, visual culture, and history, and what the arts can bring to a national conversation about racial justice.

While this program is Online, The Block Museum will be open from 12-5pm CST  for in-person visitation of the exhibition.

Robin R. Means Coleman is Vice President & Associate Provost for Institutional Diversity and Inclusion and Chief Diversity Officer, and the Ida B. Wells and Ferdinand Barnett Professor of Communication Studies at Northwestern University. She implements diversity accountability processes, thereby coordinating efforts to counter bigotry and exclusion while promoting inclusion, diversity, and equity. Dr. Coleman works collaboratively with faculty, staff, and students across Northwestern’s 12 schools and colleges on three campuses. Before coming to Northwestern University, Dr. Coleman was on the faculty at Texas A&M University, the University of Michigan, the University of Pittsburgh, and New York University. A globally renown scholar of Black media, Dr. Coleman is the author of a number of academic and popular publications. Most recently, her award-winning documentary film, Horror Noire, made its international premiere in 2019 to great critical acclaim. She is currently writing a book on the history of the NAACP and its media activism.

Janet Dees is the Steven and Lisa Munster Tananbaum, Curator of Modern and Contemporary Art at The Block Museum of Art, Northwestern University and holds affiliations with the Department of Art History and the Center for Native American and Indigenous Research. Since coming to The Block in 2015, Dees has curated several exhibitions including Hank Willis Thomas: Unbranded (2018); Experiments in Form: Sam Gilliam, Alan Shields, and Frank Stella (2018); Carrie Mae Weems: Ritual and Revolution (2017); and If You Remember, I’ll Remember (2017). Prior to her appointment at the Block, Dees was curator at SITE Santa Fe, where she worked since 2008. Dees was a part of the curatorial team for Unsettled Landscapes, the inaugural SITElines: New Perspectives on Art of the Americas biennial (2014). Her 2015 exhibition Unsuspected Possibilities: Leonardo Drew, Sarah Oppenheimer, Marie Watt was supported by an Artistic Innovation and Collaboration Grant from the Robert Rauschenberg Foundation. She is the recipient of a 2018 Curatorial Fellowship from the Andy Warhol Foundation for the Visual Arts to support the development of A Site of Struggle: American Art against Anti-Black Violence (2022).

Carl Pope (born 1961) is a conceptual artist committed to the idea that contemporary visual art and literature can be a catalyst for personal and social transformation. Influenced by social activism, war photography and the mainstream media’s role in the ending of the Vietnam War, Pope uses a variety of strategies to heighten public awareness to inspire individual and collective action in service to the evolution and duration of moral/ethical values, progressive human culture and the healing of the Earth’s biosphere. Since 1992, Pope received national and international recognition for producing and exhibiting trophy collections that map the history of police action killings and beatings of People of Color in the United States which anticipated the second wave of the Civil Rights Movement with the Black Lives Movement. Pope’s recent text-based letterpress poster and billboard projects signal a return to his interests in advertising, mass media, public art and grassroots activism. “The Bad Air Smelled of Roses” is an ongoing, endless essay about referential signs of Blackness in poster form.

Karen R. Pope was born in 1961 in Indianapolis, Indiana along with her twin brother, Carl R. Pope.  Pope credits the combined influences of 60’s television programs, 70’s music, comic books and comic strips, a huge interest in Metaphysics, and the vividness of stories told by her mother and paternal grandfather in helping to inform her artistic practice as a poet, writer, and installation artist. Even before learning to read and write, she developed a fascination with how cartoons and television programs spelled out concussive sounds and guttural noises, like Ka-Pow, Boom, Bang, Ugh, Yikes, and Boo, and this helped her to cultivate a keen sense of inflection and a love of words.  Without her brother’s curiosity and presence of mind, however, Pope doubts she would have ever have considered herself an artist. Carl R. Pope’s discovery of his sister’s writings led to numerous innovative collaborations between the two artists, including image and text installations exhibited at Wadsworth Athenaeum Museum of Art in Hartford, Connecticut; The Contemporary Arts Center in Cincinnati, Ohio; The International Center of Photography in New York, New York; and the Whitney Museum of American Art in New York, New York. With her poetry and writing, Pope endeavors to have her voice speak from the position of witness with profound clarity as opposed to an entangled victim of circumstances. Pope lives and works in Indianapolis, Indiana.

Morris (Dino) Robinson, Jr. is the founder and current Executive Director of the Shorefront Legacy Center. Shorefront collects, preserves and educates people about Black history on Chicago’s suburban North Shore.A graduate of Loyola University with a B.A. in Communication Design and a minor in African American Studies. Dino is current Production Manager at Northwestern University Press. Outside of his career in advertising and design, his avocation with the creation of Shorefront began in 1995 and has since accumulated over 450 linear feet of archival material illustrating the lives and experiences of Blacks on the North Shore for public use. He is the author of three books: Through the Eyes of Us (1997), Gatherings: The History and Activities of the Emerson Street Branch YMCA (2004), and A Place We Can Call Our Home (revised, 2014). Through Shorefront, he has engaged the local community in preserving its history through articles and oral history, provided resources for public use, and participated in dozens of lectures on the importance of community-based archives, use of archives to support social change and general local history. Dino is a 40+ year resident of Evanston with his wife and daughter.

Natasha Trethewey served two terms as the 19th Poet Laureate of the United States (2012-2014). She is the author of five collections of poetry, including Native Guard (2006)—for which she was awarded the 2007 Pulitzer Prize—and, most recently, Monument: Poems New and Selected (2018); a book of non-fiction, Beyond Katrina: A Meditation on the Mississippi Gulf Coast (2010); and a memoir, Memorial Drive (2020) an instant New York Times Bestseller. She is the recipient of fellowships from the Academy of American Poets, the National Endowment for the Arts, the Guggenheim Foundation, the Rockefeller Foundation, the Beinecke Library at Yale, and the Radcliffe Institute for Advanced Study at Harvard. She is a fellow of both the American Academy of Arts and Sciences and the American Academy of Arts and Letters. In 2017 she received the Heinz Award for Arts and Humanities. A Chancellor of the Academy of American Poets since 2019, Trethewey was awarded the 2020 Rebekah Johnson Bobbitt Prize in Poetry for Lifetime Achievement from the Library of Congress. 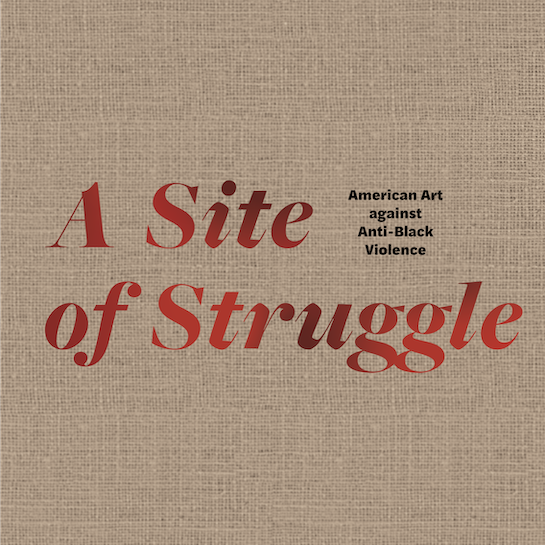