In conjunction with the exhibition If You Remember, I’ll Remember, curator Janet Dees will introduce two videos by artist Rea Tajiri that highlight very personal experiences of the internment of Japanese Americans during War II—History and Memory(1991) and Yuri Kochiyama: Passion for Justice (1994).

“Groundbreaking and haunting, this film is a poetic composition of recorded history and non-recorded memory. Filmmaker Rea Tajiri’s family was among the 120,000 Japanese and Japanese Americans who were imprisoned in internment camps after the attack on Pearl Harbor. And like so many who were in the camps, Tajiri’s family wrapped their memories of that experience in a shroud of silence and forgetting.

Ruminating on the difficult nature of representing the past – especially a past that exists outside traditional historic accounts – Tajiri blends interviews, memorabilia, a pilgrimage to the camp where her mother was interned, and the story of her father, who had been drafted pre-Pearl Harbor and returned to find his family’s house removed from its site.” (Women Make Movies)

“Yuri Kochiyama was a Japanese American woman who lived in Harlem for more than 40 years and had a long history of activism on a wide range of issues. Through extensive interviews with family and friends, archival footage, music photographs, YURI KOCHIYAMA chronicles this remarkable woman’s contribution to social change through some of the most significant events of the 20th century, including the Black Liberation movement, the struggle for Puerto Rican independence, and the Japanese American Redress movement. In an era of divided communities and racial conflict, Kochiyama offered an outstanding example of an equitable and compassionate multiculturalist vision. (Women Make Movies) 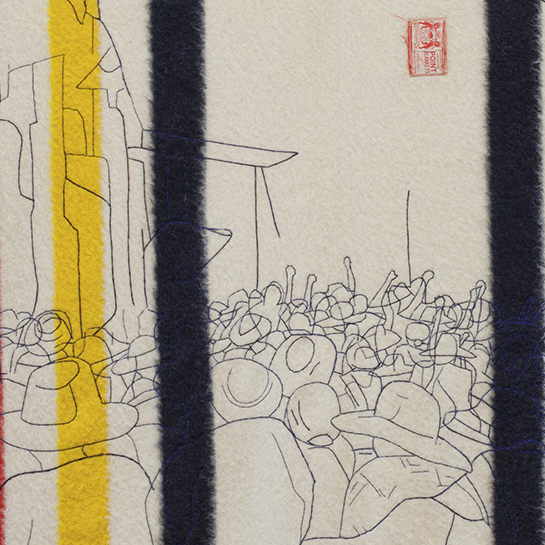 If You Remember, I’ll Remember

If You Remember, I’ll Remember is an invitation to reflect on the past while contemplating the present through works of art exploring themes of love, mourning, war, relocation, internment, resistance, and civil rights in 19th and 20th century North America.